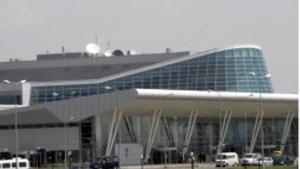 Bulgaria has extended for a second time the deadline to submit offers for the concession the government seeks to grant on Sofia Airport, the country's biggest airport.

Candidates can now send their offers before December 15, upon a decision approved on the last workday before the November 06 presidential elections, which was Friday, November 04.

The new deadline is December 14, at 17:00, news website Mediapool quotes Transport Minister Ivaylo Moskovski as responding to an inquiry it has made.

There are no expectations for the procedure to go be over by the end of 2016, Moskovski has added, also citing "big interest" among candidates, with 1000 questions posed to the ministry by potential bidders.

Announced in May, the concession procedure was temporarily brought to a halt over a court claim by a consortium that had built one of the airport's runways. However, a court turned down the claim, renewing the procedure.

Last week, reports emerged that a consortium of several companies, including Turkish Limak Holding, Russia's VTB Capital, and Swiss-based Flughafen Zuerich, would make a joint bid to operate the airport.